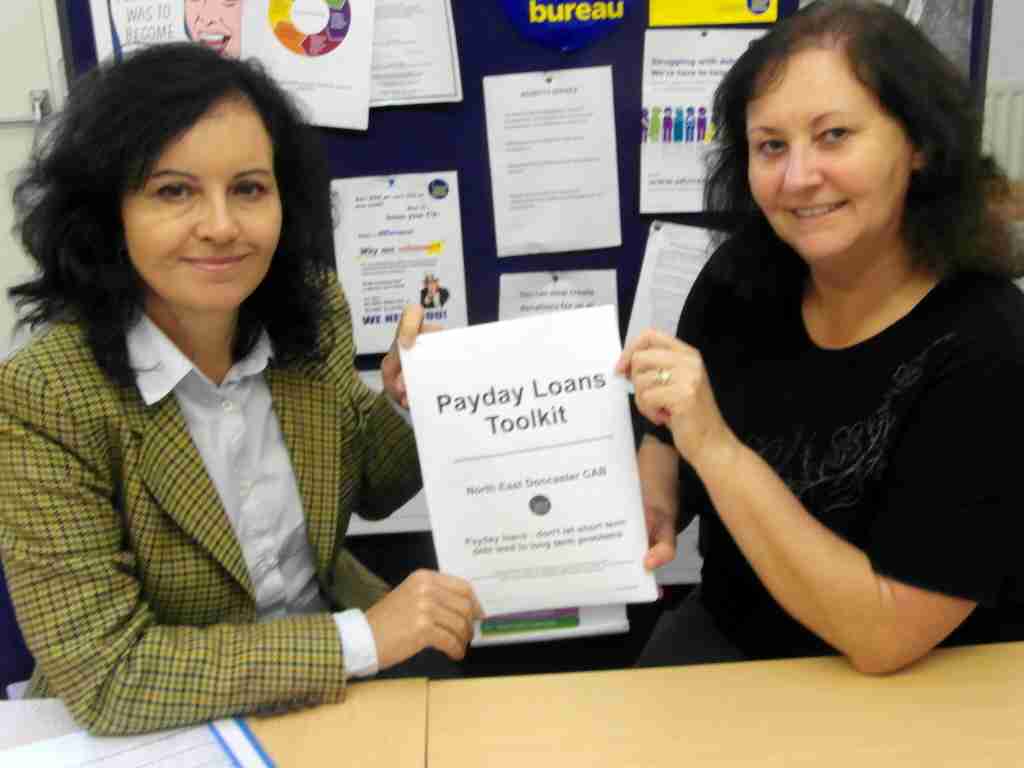 Karen Bothamley, Bureau Manager of the North East Doncaster CAB, in Thorne, discussed with Caroline the CAB’s evidence that 65% of payday loans are issued without any financial checks.

Said Caroline: “I am truly shocked that any company could be so irresponsible as to lend money to someone without any concern about whether they can repay.  A debt of just £100 can mushroom into thousands.  This is legal loan sharking of the worst kind.”

New figures from the national Citizens Advice payday loan tracker found 65% of people did not get asked about their financial situation – leading to 7 out of 10 not being able to prepay the loan.

Yet this is despite the customer pledges of the pay day loan industry in its own customer charter launched in November 2012.  The North East Doncaster CAB is monitoring cases through its payday loan tracker to see if the industry is sticking to its charter.

The new figures of the first four months after the new charter, was based on feedback from 1,27-0 customers, using over 87 different pay lenders between November and March 2013.

The figures also found that customer who were not asked affordability questions and had repayment problems were further let down by the lender:

         6 out of 7 lenders did not offer to freeze the interest rate and charges when the borrower agreed repayments.

Said Karen Bothamley: “Day in day out we see people battling with payday loan debts.  Many have been able to take out a loan despite it being quite clear from their finances that they will struggle to pay it back.  It is very disappointing that payday lenders are not asking borrowers about their financial situation, despite vowing to do so.”

Evidence from the national payday loan tracker exposed how payday lenders damned their customers to debt and hounded them for money:

         Hounded: customer pestered at work and even received phone messages on Christmas Day demanding payment, despite the customer saying they could not pay, were in financial difficulty and having gone to a debt management company.

         Payday loan dependent: a year after taking out a payday loan the borrower is now dependent on them as paying back the loan severely reduces their wage meaning they need to take out another loan to get by.