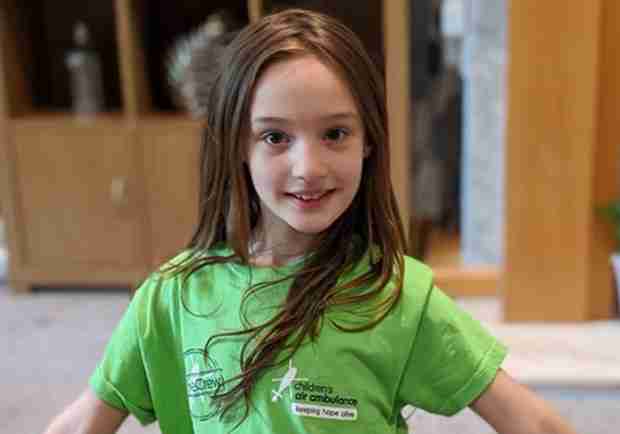 An eight-year-old fundraiser from Stainforth has been raising money for the Children’s Air Ambulance.

The air ambulance service had asked people to take part in a nationwide initiative called the ‘2.6 Challenge’ as a way to raise funds for their cause after many events that help raise money for charities were cancelled due to the coronavirus pandemic.

Eight-year-old Chloe Hadley – who is a member of ‘The Crew’, a group of young fundraisers at the Children’s Air Ambulance – took part in the 2.6 challenge and completed a huge list of twenty-six home-based activities ranging from running on the spot through to gymnastic exercises, quizzes and completing maths problems. Each individual activity was carried out 26 times or for 2.6 minutes. 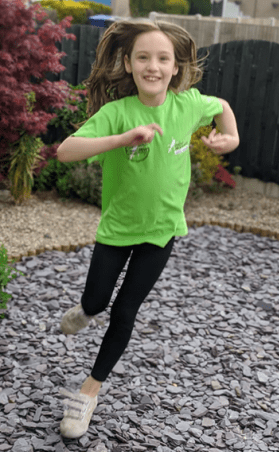 Chloe completing one of her 26 activities

Since last Sunday (26 April), through sponsorship and donations, Chloe has raised over £600 from the 2.6 challenge for the Children’s Air Ambulance.

The youngster is no stranger to raising money for the Children’s Air Ambulance and, with the help of her mum, has organised other fundraisers including raffles, tombolas and a special event at her school that saw pupils wear green for the day and take part in circus skill workshops. Chloe also helped on the opening day of ‘The Hanger’, the Children’s Air Ambulance charity store that opened in Doncaster in October last year.

Her mum, Emily Maxfield, says that as part of ‘The Crew’ Chloe “helps to raise awareness and much needed funds to keep the air ambulance flying and transporting very poorly children to the specialist care they need.”

Chloe’s overall fundraising total, which includes all her previous efforts and the 2.6 challenge, currently stands at over £1,300.

A JustGiving page has been set up by Emily for people to support Chloe’s fundraising efforts: www.justgiving.com/fundraising/chloehadley-crew