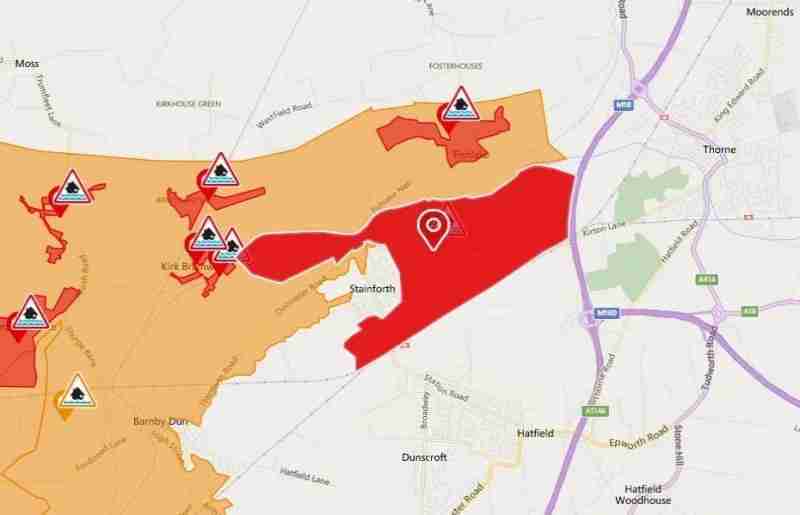 Emergency services are advising people to avoid an area affected by flood water.

Fishlake Nab between Stainforth and Fishlake has reportedly flooded as the River Don in the area hit record heights following high tide this morning (Sunday 27 October).

South Yorkshire Fire and Rescue says it is helping people who have “driven or walked into flood water.” The service said: “If you’re in the area, please do not do this – you’re putting yourself, and others, including our staff, in danger”.

The Government’s Flood information service says: “We have received reports that the road, Fishlake Nab has flooded. Flooding of properties is possible. The Environment Agency will have operational staff checking defences today, 27/10/19.

“We would ask people to remain vigilant. If you have flooding concerns, put your flood plan into action and contact the emergency services. The Leeds incident room remains open and the incident response staff will continue to monitor the situation.

At 7.45am today (Sunday 27 October), the level recorded at the River Don’s Fishlake monitoring station was 6.83 metres – thirty-six centimetres above its previous highest level which was recorded back in 2012.

Met Office forecasts for the area show no further rain over the next few days and river levels are expected to drop as the tide recedes.