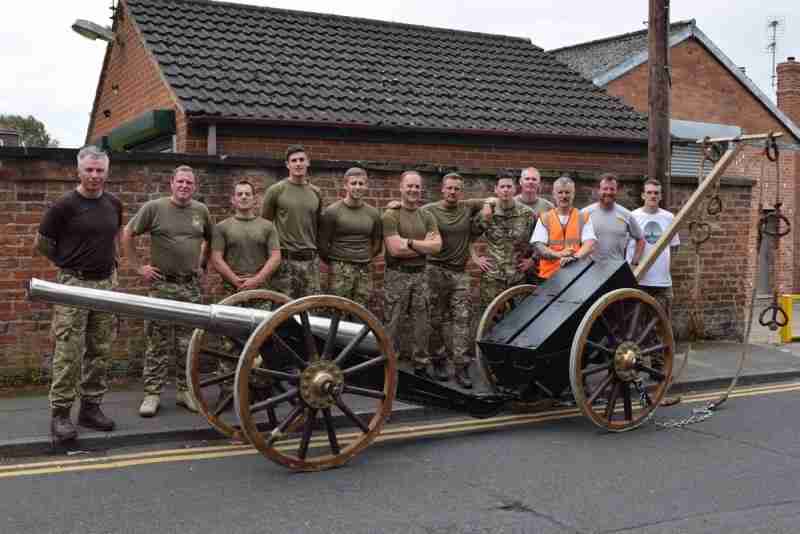 Military personnel passed through Thorne town centre today on a 330-mile mission to raise money for the battle against cancer.

Members of the Royal Air Force, Army, and the Royal Navy have all joined forces in a bid to raise £100,000 for Macmillan Cancer Support and Cancer Research UK and personnel have embarked on a 330-mile field gun pull from England to Scotland to raise money towards the cause.

Coming together under the banner ‘Military vs Cancer’, members of the three armed forces are hauling a near one-tonne field gun from RAF Scampton in Lincolnshire all the way to HM Naval Base Clyde in Scotland.

Today (Tuesday 10 September) saw the field gun pass through Thorne as the group makes their way towards Drax in North Yorkshire. The gun left with its team from RAF Scampton yesterday and is expected to arrive at its final destination of HMNB Clyde on Friday 27 September. 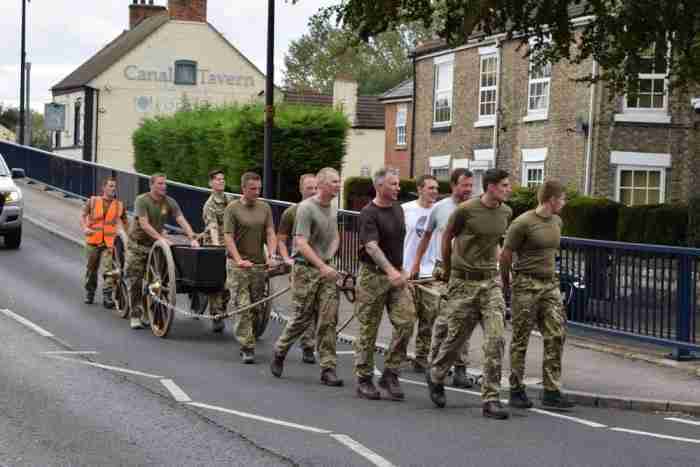 The field gun and team passes through Thorne

Submariner Warrant Officer Dave Bathgate established Military vs Cancer in 2018, after five of his family members were affected by cancer during an 18-month period. Dave told us: “Military vs Cancer was set up by me just over a year ago with an aim of raising £100,000 for Macmillan and for Cancer Research UK. It’s bringing all the militaries together; the RAF, the army, the Royal Navy, to work together and to raise that money.”

Speaking about the teams supporting the pull, Dave added: “This week is predominately the RAF, next week the Submarine Service take it on. This week we will travel around about 110 miles and then 220 miles after that”.

For more about Military vs Cancer and the field gun pull, visit: militaryvscancer.wixsite.com/website