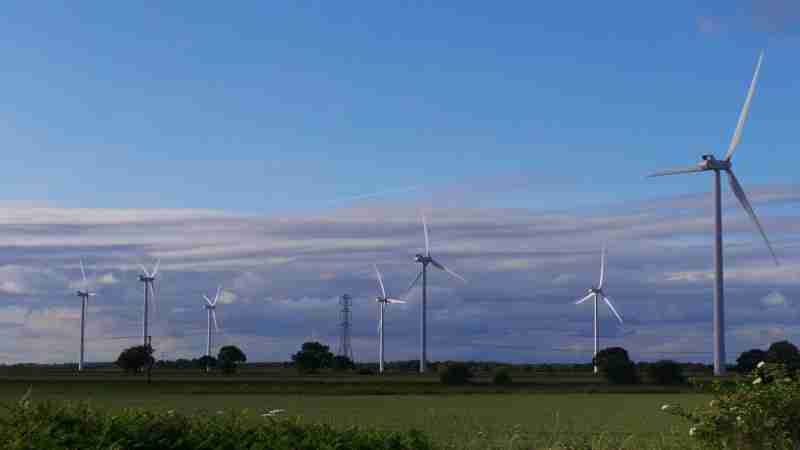 E.ON’s Tween Bridge Wind Farm which was officially opened earlier this year by Caroline Flint MP, Shadow Secretary of State for Energy and Climate Change, will provide a Community Benefits Fund of approximately £1.25 million to benefit local people during the lifetime of the project.

Through the fund £55,000 will be made available each year to help support community groups within a three mile radius of the site and as we reach the first year anniversary of the fund a number of local organisations have already benefited.

Autism Plus, a charity which has supports  people with autism and other disabilities, has received a grant of £1,112 to fund equipment for its Touchwood to Employment scheme which teaches woodwork and carpentry skills to people with disabilities in Thorne and the surrounding area.

Local sports clubs are also one of the first to benefit from the scheme. Through a donation of £3,215 Thorne Rugby Club has been able to replace floodlights in its outside training area, while a grant of £3,700 has enabled Thorne United Football Club to train their coaches and buy new kit and equipment for their youth sides.

In Ealand, the sixty year old Victory Hall which provides a place of leisure and recreation has received a donation of over £2,000 to improve the buildings facilities and over £1,200 has been granted to the Crowle and Ealand Regeneration Project to help with the maintenance and running of the premises.

The South Yorkshire Community Foundation has been working in local communities throughout the area since 1986 and will be administering the Tween Bridge Wind Farm Community Benefits Fund. Organisations wishing to apply to the fund should contact karen.walke@sycf.org.uk.