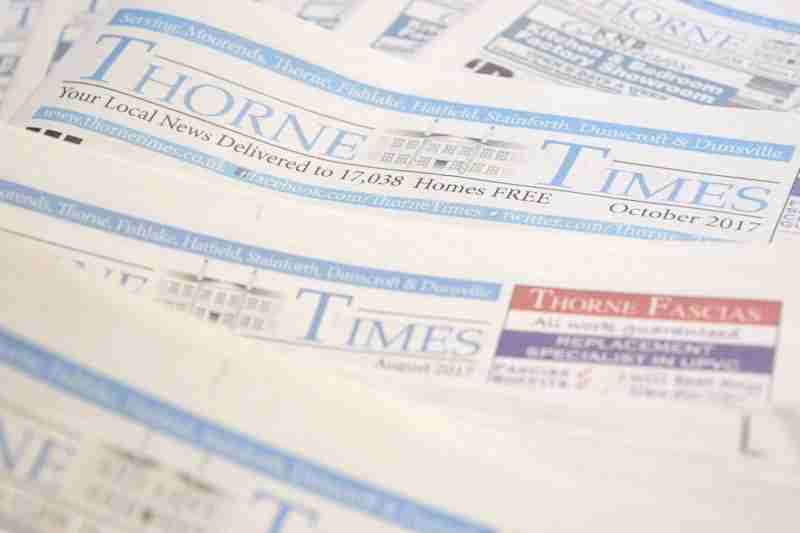 Tuesday 23 July
A car that had been stolen during a burglary in Thorne was recovered just 90 minutes later in Bentley, say police. Officers from South Yorkshire Police’s Operational Support team reported the find – a blue Mercedes estate – when giving “a few updates from the last couple of nights” on their Facebook page.

Tuesday 16 July
A car was stolen overnight from an address in Dunscroft during a two-in-one burglary, according to police. Officers from the Doncaster East Neighbourhood team say the registration number of the Silver Seat is YS62 ULT. An officer said: “If you have any information regarding this vehicle please contact Crimestoppers on 0800 555 111 or Police non-emergency number on 101.”

Wednesday 10 July
A Vauxhall Zafira was recovered by Doncaster East Neighbourhood Police after being reported as stolen earlier in the day. The vehicle had been taken from Dunscroft sometime over the previous night. It was later found in Stainforth.

Sunday 7 July
Firefighters from Thorne fire station were called out to tackle a blaze that is thought to have been started deliberately. A crew attended the incident, a car alight in a field off Alexandra Street, at around 2am. Horses are known to be kept in the field but are believed to have been unhurt.

Thursday 4 July
Two vehicles taken during a ‘hanoi’ style burglary in Thorne were recovered just ten minutes after the incident was reported. The burglary was said to have been reported to police at 00.56 hrs and the vehicles were recovered in Humberside by Thorne response officers at 01.06 hrs.

Wednesday 3 July
A car hit the wall of a house and ended up on its roof after it was in a collision with another vehicle on Fieldside in Thorne. The driver of the upturned car was taken by ambulance to hospital but nobody is believed to have been seriously hurt in the incident. A section of Fieldside near Thorne Police Station was closed while emergency services dealt with the situation and the two vehicles were later recovered. A third car is thought to have received only minor damage as a result of the incident.

Tuesday 2 July
A vehicle had to be recovered using a winch after it was found in the New Junction canal close to Sykehouse lock. Police had attended the incident and the car is believed to have been stolen from the Askern area.

Tuesday 2 July
Doncaster East Neighbourhood Police reported that a Blue Ford Focus Zetec had been taken overnight during a ‘two-in-one’ style burglary. Officers gave the registration number as YH59 BYR and said: “If you have any information regarding this vehicle please contact Crimestoppers on 0800 555 111 or Police non-emergency number on 101.”

Monday 1 July
Doncaster East Neighbourhood Police reported that South Yorkshire Police’s off-road bike team attended the old sand quarry, off Mill Hill Road, Hatfield, after complaints had been received about motorcycles at the location. Ten vehicles were said to have been located on site and all were ejected with warnings that machines will be seized should they return. Officers advised: “From speaking with individuals it would appear that this location is advertised on the internet as a legal location, and many believed it was okay to ride there. This is not the case. Official written warnings are in place and bikes can and will be seized without further warnings should they be found at the location. Please stick to legal facilities, a quick google search will show you where to go. Keep it legal, where there is medical help, should the unfortunate occasion arise.” Residents are encouraged to report further issues via 101 or online reporting.