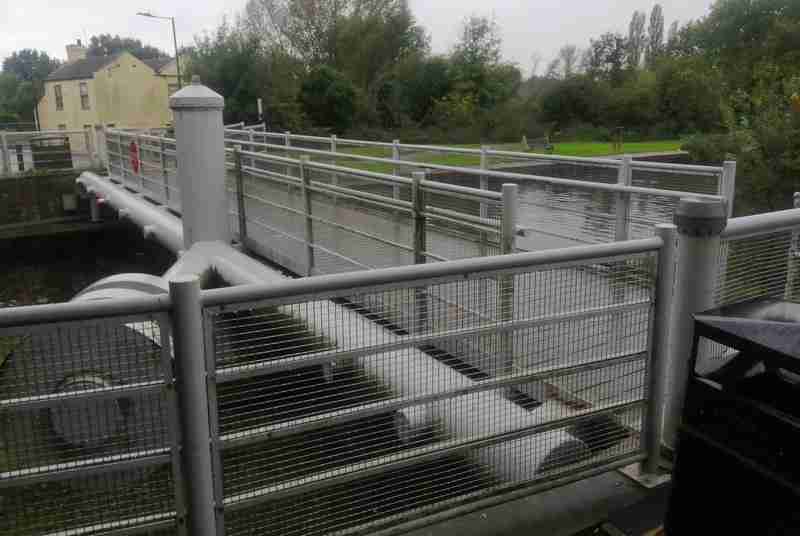 Thorne Moorends Town Council has moved to quash rumours that the pedestrian footbridge over the canal in the town will not be fixed and says it hopes to have the bridge back up and running ‘imminently’.

The bridge that links Hatfield Road with South Parade over the Stainforth and Keadby canal at Thorne has been closed to the public for around six weeks while it awaits repairs following ‘misuse’.

It is the latest closure of the bridge which has been closed numerous times in the past.

A spokesperson for Thorne Moorends Town Council said: “Regrettably the bridge has been out of action for a few weeks whilst it awaits essential repairs. We are currently waiting for parts to be manufactured before we can recommission the bridge and do sincerely regret the inconvenience it causes whilst out of action.

“As we have previously stated we do fully appreciate and understand the frustration it causes when it is not working. Contrary to rumours that have started circulating there is no intention to not return the bridge to its operational status and we hope that it will be back up and running imminently.”

In a post to social media, the town council provided some information about the bridge which it hoped would answer some of the questions frequently asked by members of the public.

The town council also asked people to refrain from abusing the engineer tasked with maintaining the footbridge. The spokesperson added: “If you do see the engineer undertaking works on the bridge please refrain from directing verbal abuse towards them.

“Sadly they are often subjected to unnecessary abuse by albeit understandably disgruntled members of the public. The engineer is not an employee of the council and any concerns or queries relating to the bridge should be directed to the council itself.”

An engineer was working on the bridge this morning, Tuesday 19 October.

Thorne Moorends Town Council can be contacted by telephone on 01405 818015 or by email: clerk@thorne-moorends.gov.uk