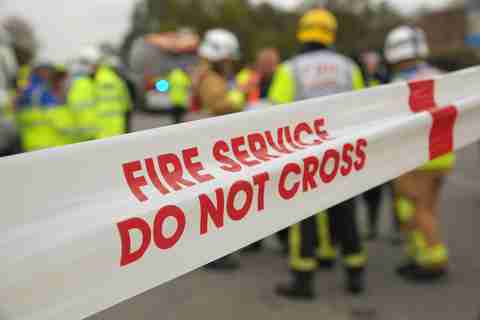 Fire officers are urging farmers to take steps to protect their livelihoods, after crews from South Yorkshire Fire & Rescue Service attended five separate field fires over the bank holiday weekend, including fires at Thorne and Stainforth.

Fire crews have attended over 40 fires since June in South Yorkshire, either on farm sites or involving crops in fields.

Many of those fires were started deliberately, with most farms’ isolated locations, open boundaries and easily ignitable materials like hay and straw making them particularly vulnerable to arson.

Arson reduction officer Andy Kirwan, said: “We get called to dozens of field and farm fires each year in South Yorkshire, with many of these fires occurring around harvesting time.

“Not only do fires like this put lives at risk by potentially diverting fire engines away from other, life threatening incidents, they also cost farmers thousands of pounds in damage.

“The maximum sentence for arson is life in prison. People do get caught and do get prosecuted, so we urge people to report arsonists to the police.”

To help prevent fires, farmers are being asked to:

Anyone with information about people starting fires in their area should call Crimestoppers, anonymously, on 0800 555 111.