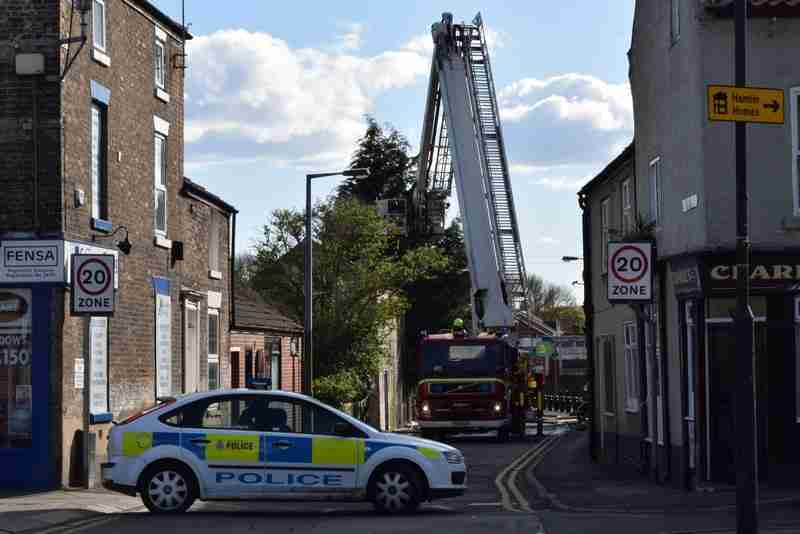 Fire crews from Thorne and Doncaster were called to Orchard Street in Thorne at 3.21pm on Sunday 26 April, and found two adjoining derelict premises on fire, one of them fully ablaze and partially collapsed.

Three fire engines attended, which included an aerial ladder platform to tackle the fire from above, due to the collapse.

Nobody is believed to have been in the building when the fire crews arrived.

Crews left the incident at 5.44pm.

The road remained cordoned off by Police while a structural engineer from Doncaster council attended to check the safety of the buildings.

An investigation found the fire had been started deliberately.