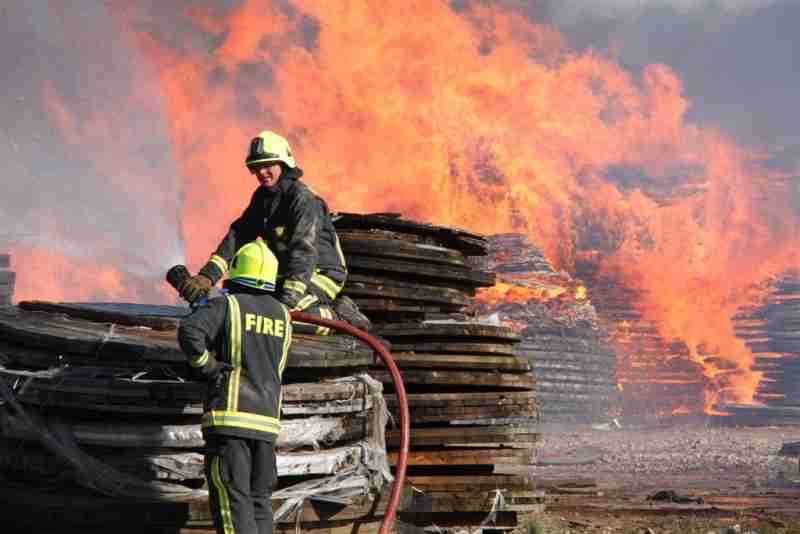 Around 30 firefighters have been tackling a fire at an industrial premises in Doncaster.

The fire at Askern UK Ltd involved an area of wooden pallets about 100m x 80m in size.

Six fire engines – from Thorne, Askern, Adwick, Doncaster, Dearne and Tankersley stations – were at the scene.

A high volume pump was also deployed to get extra water on the fire, which was being drawn from nearby Askern lake.

There were no reports of any injuries.

Firefighters were called to the incident at around 3.30pm on Tuesday afternoon.

An investigation will take place into the cause of the fire when it is completely out.