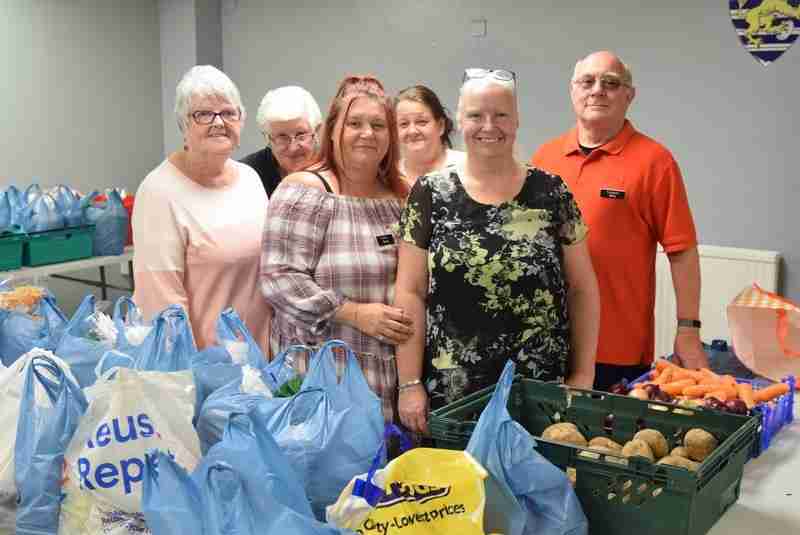 Food bank support is continuing in Thorne and Moorends with ‘new’ provision opening its doors.

The food bank had been running since 2014 but due to the age and health of some of its volunteers, and the passing of one of its founders, trustees and the committee made the difficult decision to close.

Now, a ‘new’ food bank has opened its doors that will continue to offer support to service users.

The food bank is operating under the Food AWARE banner and opened for the first time on Thursday 16 September. Food AWARE is a Doncaster based not-for-profit social enterprise set up to find ways of redistributing surplus food.

Louise said: “After witnessing first hand the amazing work the food bank have done over my reign at Thorne rugby club, I could not see all the hard work and effort from an amazing team just come to an end.”

She continued: “In partnership with Food Aware CIC, Kerry Lee Hardy and myself have decided to carry on the legacy and relaunch the food bank.”

Louise added: “Any donations would be gratefully received towards keeping our community fed and healthy during these difficult times.

“If you have any spare time on your hands we would really love for you to pop in and help in anyway you can, even if it is just for a brew and a chat.”

The food bank will operate on Thursdays at the rugby club on Church Balk between 10am – 12 noon. It will also be a point for sign-posting and referral to local services and agencies that can benefit food bank users and the wider community.

The new set up will also be looking to link in with other partners, schools, St Leger Homes and Doncaster Council’s stronger communities team to host community events that will benefit local residents.