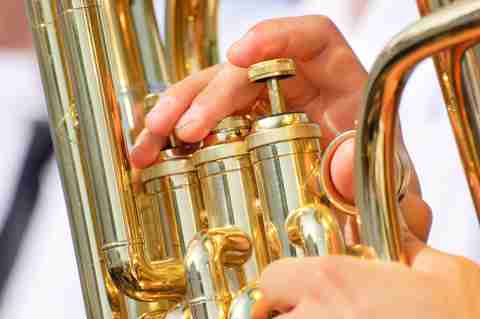 Hatfield Band is set to represent Yorkshire at the National Brass Band Finals in Cheltenham this weekend.

The band won through the Yorkshire Area Championships, held at St Georges Hall, Bradford, back in March, to earn a place in the National Finals.

The last time Hatfield Band saw a win in the national finals was in Dundee in 2003, and success on Sunday could see Hatfield go through to the Championship sections, held in October at London’s prestigious Royal Albert Hall.

With weeks of rehearsals behind them, Band Manager Margaret Curran said “We have been working hard towards this and the band will go on stage and play from their hearts. Adrenaline will be flowing.”

The band will also be performing in their home town next week, on Thursday September 25th, when the arts project ‘Right Up Our Street’ are presenting a showing of Brassed Off at Hatfields pub, on Ash Hill Road, Hatfield.

Comparisons may be drawn as the classic film is set in South Yorkshire in the mid-90s and follows the local colliery brass band as, against a backdrop of pit closures, they reach the national finals at the Royal Albert Hall.

The evening gets underway from 7.00pm and the band will play before and after the film.