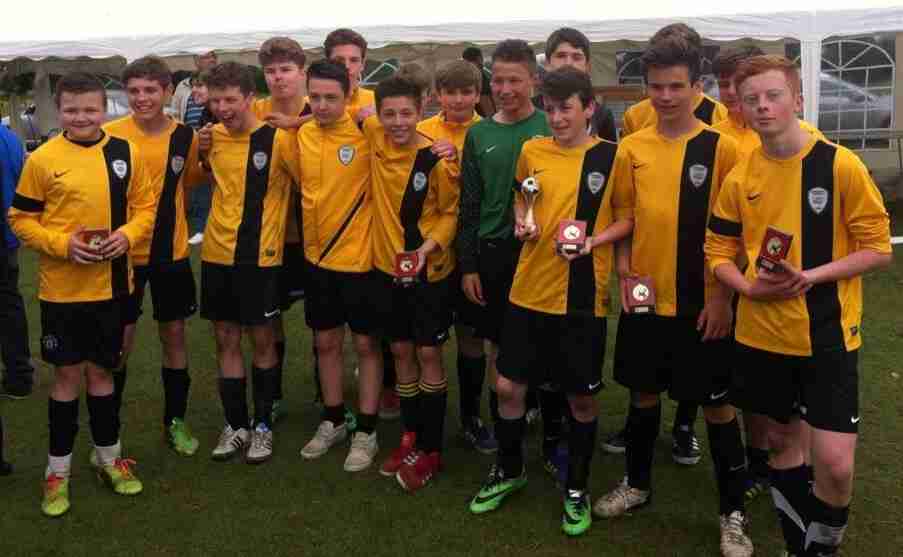 Moorends Hornets & Stingers u14’s have added a soccer sixes tournament win to their impressive haul of winning performances this season. The side beat Thorne Colliery 6-0 in the final of the competition hosted by Goole Town Tigers at the weekend.

It adds to their list of achievements in a month that also saw them confirmed as winners of the Doncaster & District Junior Sunday Football League U14 Fair Play Award for the 2013/14 season, ranking first across all three divisions in the league. The award was marked on parents, players and managers conduct at games throughout the season.

Speaking of the accolade, Manager Ryan Greaves told the Thorne Times “We are extremely proud to have won the U14 Fair Play Award”

“To be as successful as we have been over the last few years and to retain the support of our peers is a fantastic achievement. We hope to continue the good work into next season to ensure that we maintain our high standards.”

The tournament win is the latest triumph in a successful year for the u14 side – Back in April they won the Leeds Easter Futsal competition, winning in the final against a team packed with Leeds Utd Academy players, and in May the side finished top of the U14 Premier Division in the Doncaster & District Junior Sunday Football League. The side also became the first ever team from Doncaster to win the West Riding County Cup.