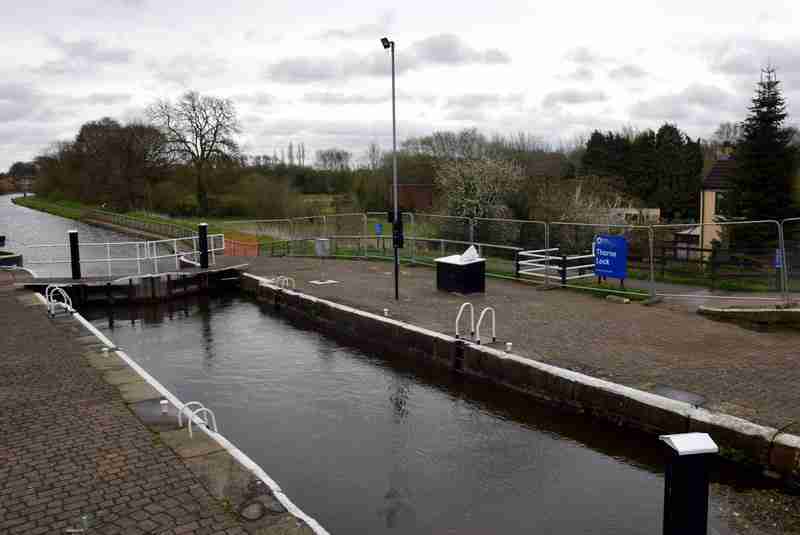 The Stainforth & Keadby Canal is subject to a navigation closure at Thorne Lock to allow maintenance work on the lock’s gates to take place.

The Canal & River Trust says the closure is required to replace the lock’s top and bottom gates.

Works have started today (Mon 4 April) and the closure is expected to last several weeks. The Canal & River Trust has given an initial end date of 23 May.

The stoppage was originally planned for earlier in the year but the Canal & River Trust said delays in the manufacturing of the new lock gates had put the works back. Availability of a crane boat was also said to be a factor. The Trust had explored the use of a land crane but said site restrictions meant that was not possible.

Equipment including large pumps is currently being put in place. A crane boat is expected to arrive soon and the new gates are on a barge on-site.