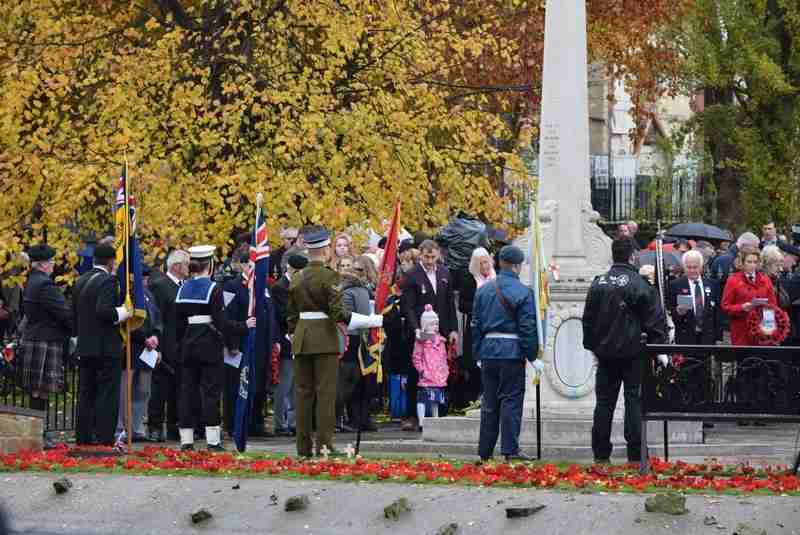 A Remembrance Sunday service and parade will take place in Thorne this year.

The annual event organised by Thorne Moorends Town Council and the Thorne & District Royal British Legion did not take place last year due to the coronavirus pandemic, but this year’s event is set to go ahead.

A smaller event was held in Thorne Memorial Park earlier today (Thurs 11 Nov) to mark Armistice Day which was attended by veterans, members of the Thorne & District Royal British Legion and local councillors. Members of the public also paid their respects.

On Sunday (14 Nov, 2021), Mr Bob Newton will conduct a Service of Remembrance at the Cenotaph in Thorne Memorial Park. This will be followed by a parade to St Nicholas church led by the RBL Parade Marshal, Mr John Philips.

The local branch of the Royal British Legion says: “Remembrance Sunday is a special opportunity for the people of Thorne and Moorends to come together in Thorne Memorial Park at the Cenotaph to remember those that paid the ultimate sacrifice.”

The branch adds: “The Branch is very proud of all the schools and youth organisations in Thorne and Moorends that take part in the service and parade. The town council and the Royal British Legion would welcome the public to join us in Thorne Memorial Park and ask you to show your support.”

Members of the public are invited to assemble in the park from 10.30am. The Service of Remembrance will then start at at 10.50am leading up to a two-minute silence at 11am.

After wreath laying, the service at the Cenotaph will be dismissed and everyone is invited to take part in a parade to St Nicholas Church at around 11.30am.

A Service of Remembrance will then then be held at St Nicholas Church.