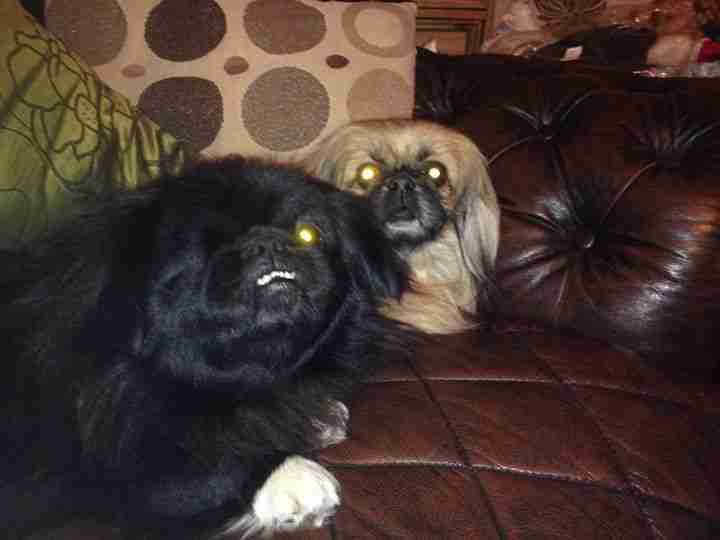 Two pet Pekingese dogs that were allegedly stolen earlier this month from a property in Moorends have been reunited with their owners.

The pet pooches, belonging to Adele & Steven Worgan, were found roaming a field near Crowle on Monday evening (27 April) and taken to nearby kennels, from where they were reuinted with the family at around 9.00pm.

The pair, named Mitzy & Marley, appeared to be in good health despite their ordeal.

An overjoyed Adele said neighbours came out in the street to welcome them home. “Everybody in the street turned out. I’d been sat at the window waiting to see them.

“I’m so glad to have them back. They’re like our babies”

Said Mr Worgan: “We’re just glad they are back safe. It was lovely to see them at the bottom of the bed in the morning.

The two dogs were allegedly stolen from the couple’s home on South Road, Moorends, just before lunchtime on Saturday 4 April.

At the time of the incident the two dogs had been let out into the front garden of the property by Mr Worgan.

After hearing the dogs yelping he went out into the garden and from their he said he saw a man running up the street with the dogs, before getting into a pick-up van and being driven off.

Mr Worgan and his son Gareth, who was also at the property, both gave chase but could not catch the van.

A neighbour’s private CCTV footage captured the alleged incident. Stills from the CCTV show a man who appears to be running with two dogs, one under each arm. 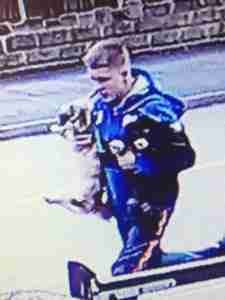 A man arrested previously in connection with the incident has since been released, and Police are continuing to appeal for any information.

A force spokesperson said: “Police continue to investigate the reported theft of two dogs from the Moorends area of Doncaster.

“It is believed that at around 11.20am on Saturday 4 April, an unknown man took the two dogs from the garden of a property in South Road, Moorends.

“The dogs were found on Monday 27 April in a field in the Crowle area and have been safely returned to their owner.

“Officers would like to hear from anyone that may have witnessed the incident.”