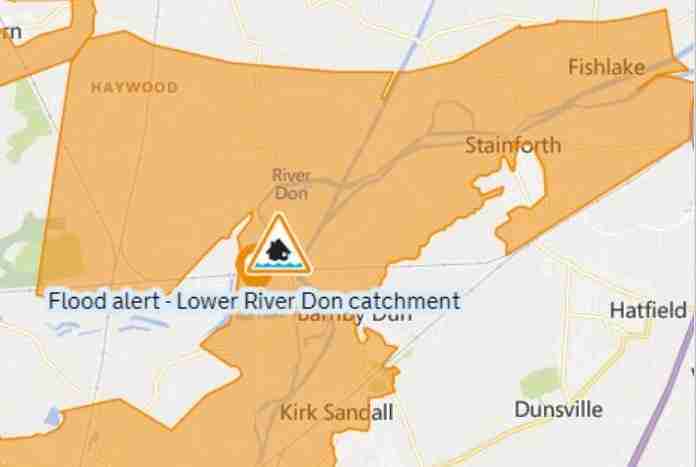 The Environment Agency are reporting that the level of the River Don at Fishlake is peaking.

A flood alert remains in place and the Fishlake monitoring station on the River Don recorded a level of 6.81 metres between 1.30pm and 3.30pm today (Thurs 21 Jan).

The Environment Agency in Yorkshire and the North East tweeted about Fishlake, saying: “River levels at #Fishlake are peaking with some over-topping of embankments into washlands. This is expected and defences are working as they should. Teams are deployed to keep the situation under review.”

Levels had risen over the past two days due to ‘persistent rainfall’.

The highest level on record at Fishlake is 6.87m from November 2019 when floods devastated the village.