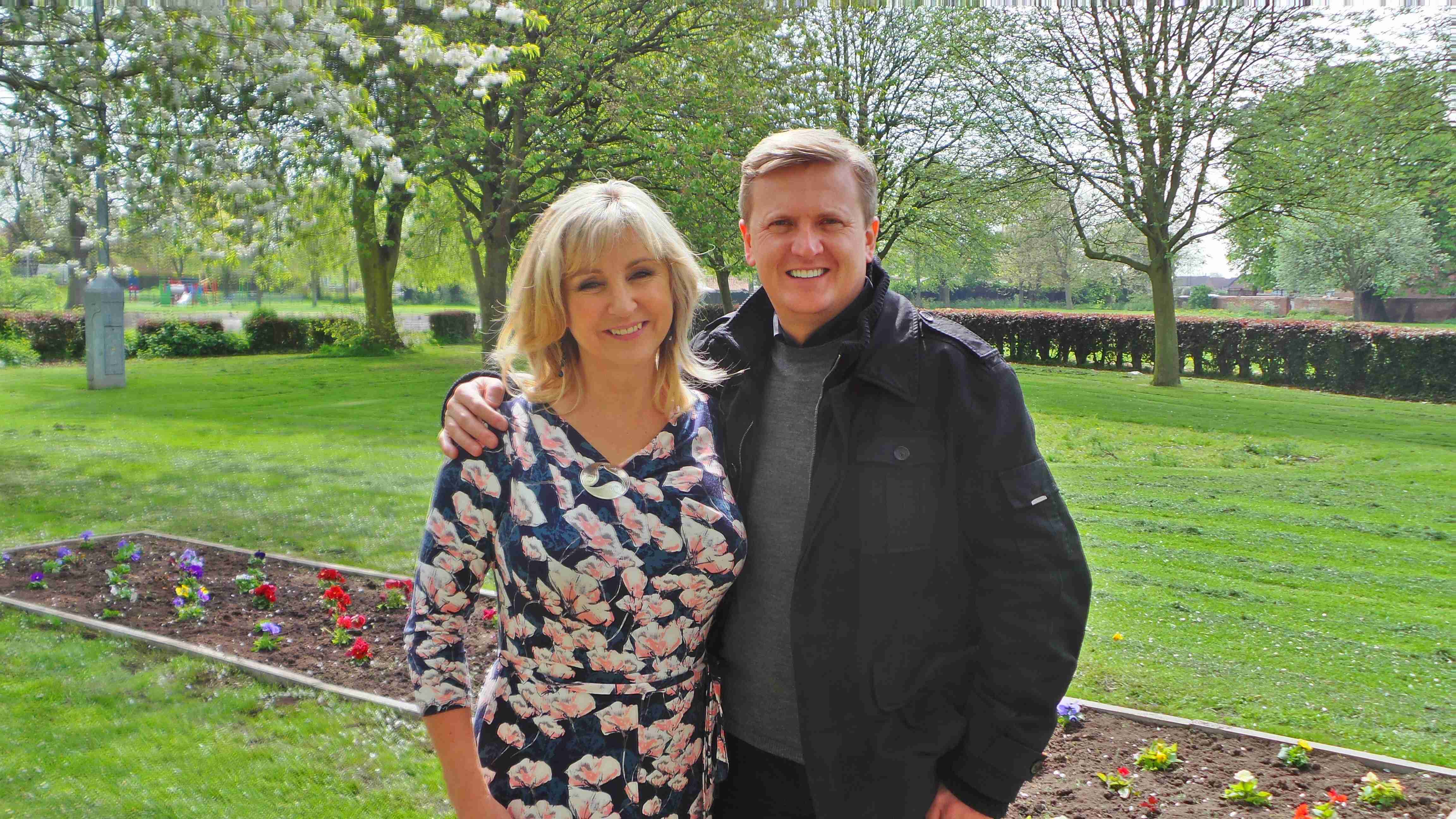 Thorne Memorial Park was a picture of beauty today, with newly planted flower beds, the sunshine flickering off the pond and not one, but two celebrities visiting the scenic venue.

Thorne’s very own Lesley Garrett CBE, soprano singer, and Aled Jones, choir boy turned TV presenter, were in the park as one of several stops to film BBC Television’s Songs of Praise.

Both celebrities were in good spirits and took time out to have pictures taken with a few fans that were at the nearby Park Cafeteria, including Café owner Sharon Foster, who had put a selection of food and drinks on for the visitors.

Aled explained that the visit to the park was one of several stops for the pair that day, and that they were one their way to Leeds next. He added jovially “I didn’t know we would be getting papped in the Park today!”.

Lesley said she was pleased to finally meet the Thorne Times as her Step-Mum, Jenny Garrett, is our Hatfield Woodhouse Correspondent. Lesley said she particularly enjoyed the coverage given to local charities.

The Songs of Praise episode featuring the park is set to air in the coming months. The programme first broadcast in October 1961 and is the longest running religious TV programme in the world.