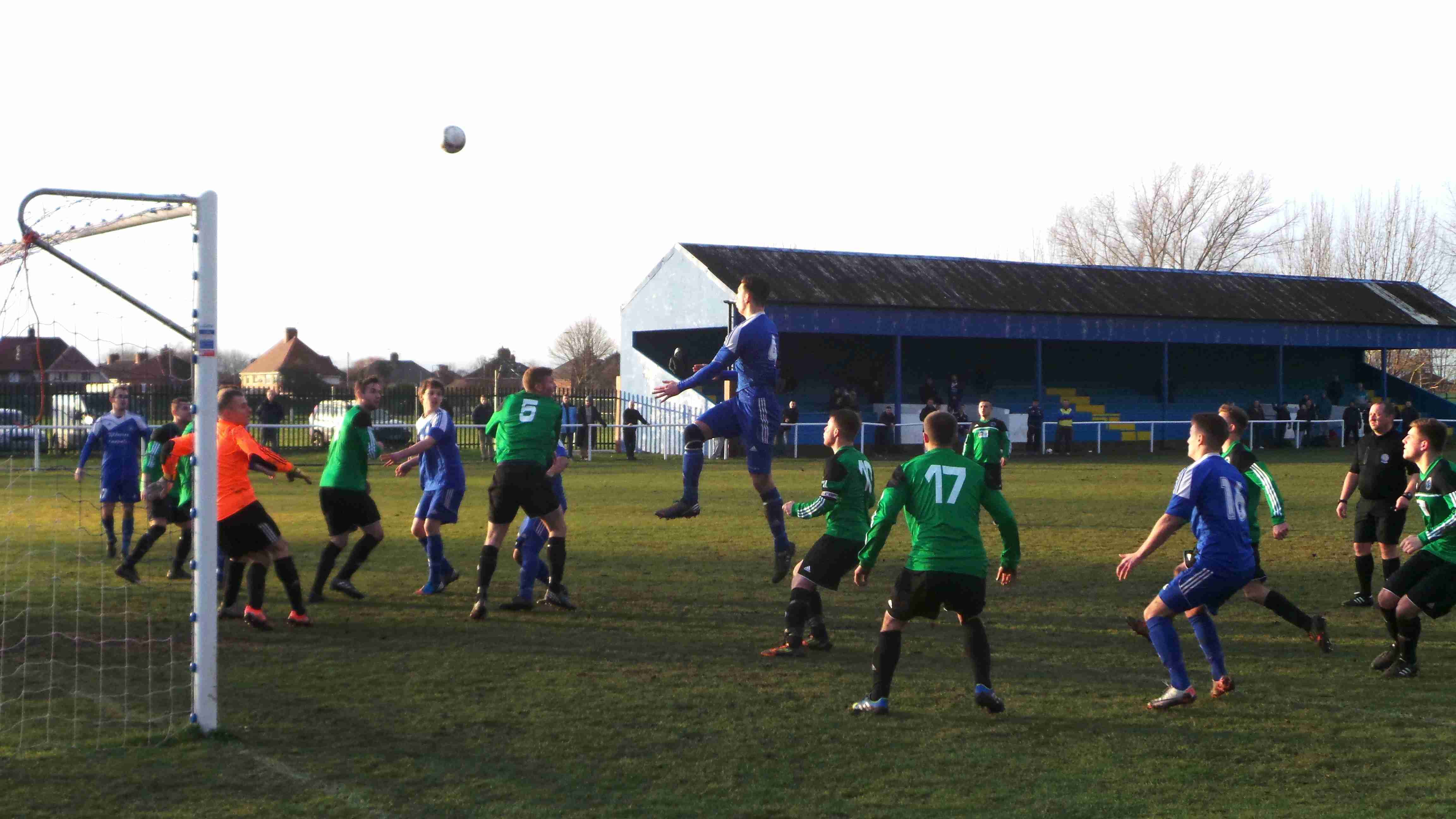 With a chance to reach the final at stake in this Goole & Thorne District FA Cup semi-final, revenge was firmly on Colliery’s mind as they were up against the same team that beat them in the corresponding fixture last season.

The game started with Colliery playing the good passing football that has stood them in good stead throughout the season. Their first real chance came on ten minutes when Hookway shot over the bar. Then two minutes later good work by Thomas and Sheppard found Fell, who headed towards goal only to see it diverted for a corner.

Swinefleet’s first bit of pressure came on 18 minutes from a corner which was cleared comfortably by Colliery’s defence.

On 35 minutes Rhodes received the ball on the edge of the box and cut inside, but saw his shot saved by the Swinefleet keeper with the ball going out of play. From the resulting corner a header by Glen Rafferty went over the bar.

The second half started with Colliery searching for a goal and the game really came alive with three goals in a six minute spell. On 65 minutes Colliery’s Rhodes was fouled as he cut inside the box. With the linesman holding his flag across his chest, the referee gave the penalty. Fell duly converted the spot kick to make it 1-0 to Colliery.

Swinefleet then started to get into their stride and equalised just two minutes later. A long ball over the Colliery defence saw a Swinefleet striker run on to the ball & shoot for goal. Colliery’s keeper Redmile saved the shot, only for the ball to fall back to the Swinefleet striker and he calmly slotted the ball into the net to make it 1-1.

It then looked to go all wrong for Colliery when, just two minutes after seeing the away side equalise, another attack by Swinefleet saw them awarded what the Colliery staff felt was a dubious penalty. Colliery full back Sneap challenged a Swinefleet striker for the ball in the air, colliding with the Swinefleet player who then fell to the ground. Despite Colliery’s protestations the referee pointed to the spot, which was duly converted to make it 1-2, giving the away side the advantage.

Colliery then had a scare when Lugton then lost possession on the halfway line and with the Swinefleet attacker one on one with Colliery’s keeper, he shot over the bar, much to Colliery’s relief.

Colliery manager Tony Stroud then made substitutions and went to a 3-4-3 formation to go all out in an attempt to get back into the game. This tactical move paid off as Fell scored his second, firing the ball into the roof of the net from close range to make it 2-2 with just five minutes remaining.

Both teams then went all out for a winner, but with just two minutes remaining Colliery scored to seal the tie. After good work from Glen Rafferty his cross wasn’t cleared by Swinefleet and Lugton prodded the ball home to make it 3 – 2 to Colliery, prompting jubilant celebrations from the players.

The ref then blew his whistle two minutes later and Colliery had made it to the final.

Colliery are currently looking for further help & sponsorship to keep the club going, as costs are increasing each season. If anybody can help, or would like to advertise their business, either on a kit or boarding around the pitch, they can get in touch with Tony Stroud on 07540 771639