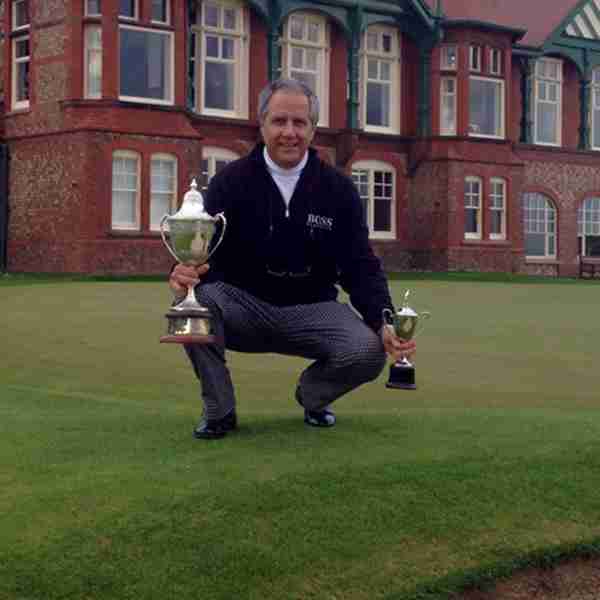 Dr Fred Steel has become the 2013 Northern Matchplay champion following a stunning 5&4 victory over fellow amateur, Russell Jacques, from Newbiggin Golf Club. Fred, who plays off a 16 handicap, had to win through 8 rounds in total with the final 2 rounds played over two days at Royal Lytham & St Annes, venue for last year’s Open Championship.

The Northern Matchplay Championship is a season long knockout competition open to amateur club golfers across the North of England and Midlands. Fred beat off local competition from over 100 fellow regional golf members to take part in the grand final which took place on the 13th and 14th October.

Fred, who has been a member of Thorne Golf Club for twelve years, lives in Sheffield and is a keen Sheffield United fan. He becomes the 4th successive winner of the competition to hale from the white-rose county. Dr Fred Steel said, “I’m delighted to have become National Matchplay Champion and to have done so at such a prestigious venue as Royal Lytham & St Anne’s. I’m also proud to have represented Thorne Golf Club whose support to me, as a member, has been invaluable.”

Club professional, Edward Highfield, said: “On behalf of everyone at Thorne Golf Club, we are delighted for Fred and his victory which puts our beloved Club firmly on the golfing map. Well done, Fred.”

Thorne Golf Club was the vision of Mr & Mrs Richard Highfield whose dream of bringing golf to Thorne began with a 9-hole course opening in 1980. A further 9-holes were added by 1988 along with a new pro-shop and office in 1995. The course offers an interesting challenge across parkland with three elegant water features.