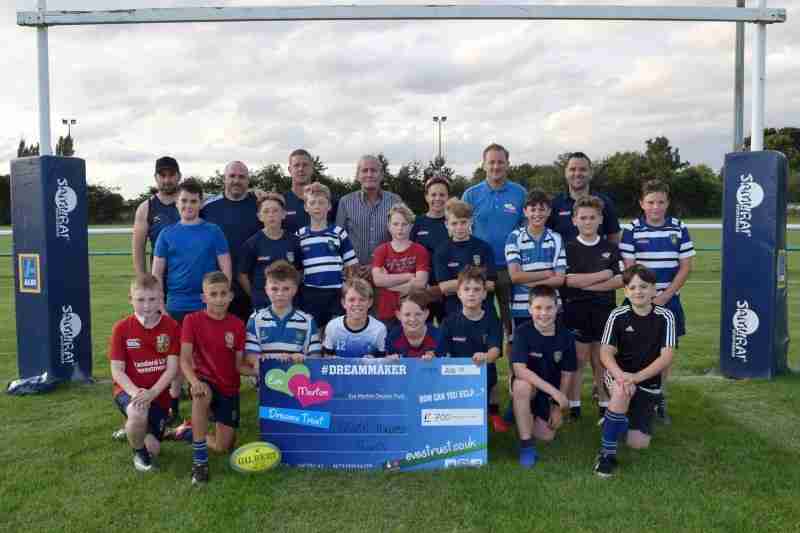 A junior sports club in Thorne has been keeping active over the summer months by raising money for their club and a charitable cause.

To keep their Minis and Juniors active and encourage family members to get involved over the summer, Thornensians decided to enter the ‘Couch 2 5K’ programme which is an eight-week running program, ending with a 5K Park Run.

Thornensians’ Craig Neill told us: “Joanne Ellis (u12s coach), whose idea this was, soon spotted the opportunity to raise a bit of money to buy kit and equipment and set a target of £500 through sponsorship.

“However, because the club is family and community orientated we decided to split the money with a charity that one of our own families is currently supporting.

“Due to the hard work of all involved the fundraising soon reached £1400 which has been split fifty-fifty with the trust.

”The Minis and Juniors have now invested in a new BBQ so more events can be put on at the club for families and members to enjoy which started with our pre-season camp out where families enjoyed food, rugby, games and the odd beverage while camped out on the pitches overnight.”

You can find out more about Eve Merton Dreams Trust by visiting: evestrust.co.uk