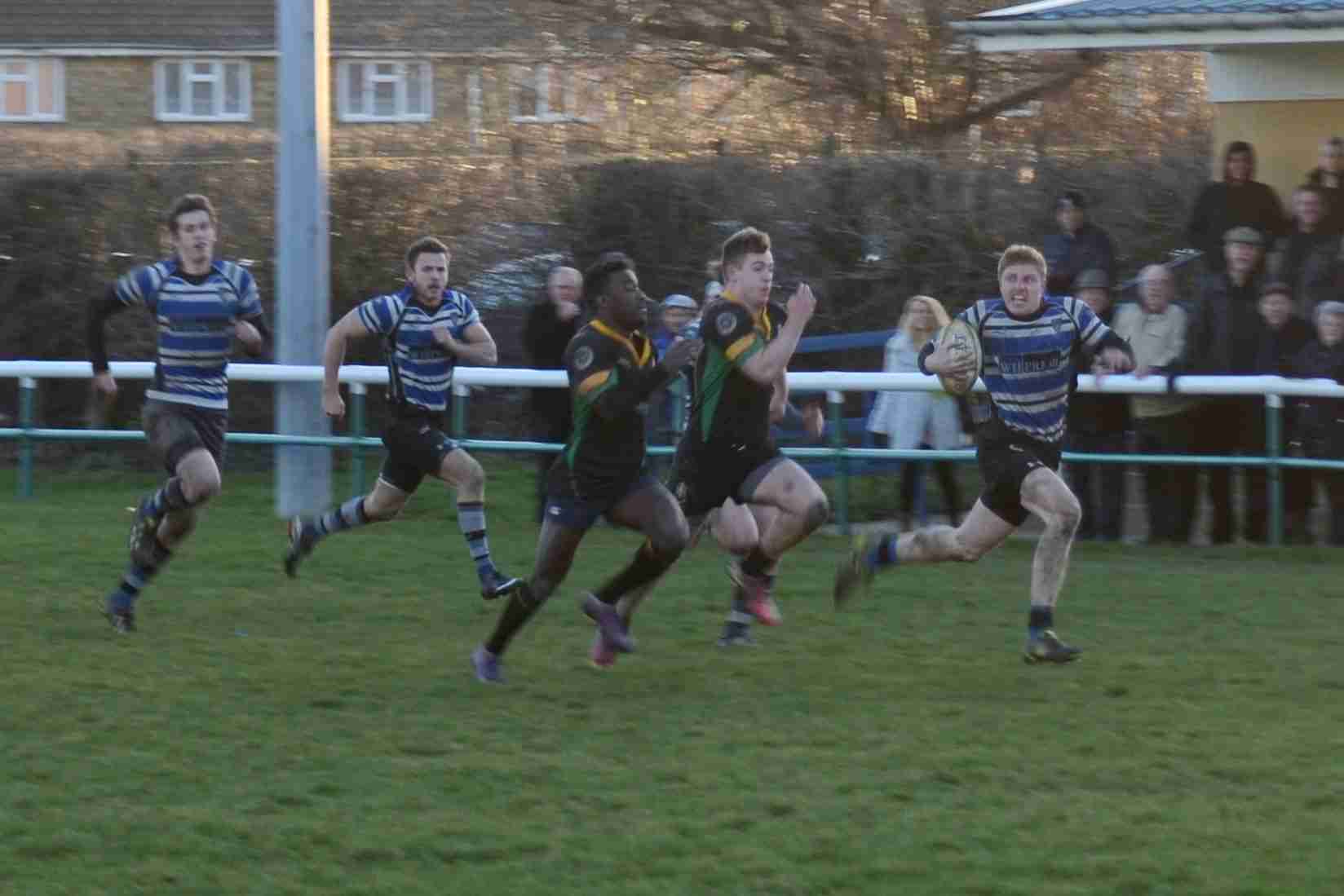 Following a narrow home defeat to Castleford at the end of November, the fortunes of the 1st XV have looked decidedly rosier as they start their push for promotion. December saw a solid win away at Harrogate (24-5) followed by a crushing home win (52 – 7) against a spirited Hemsworth side.

Despite losing their first away match of 2014 to Leeds Medics (15-25), spirits were high as Old Grovians were welcomed to a sunny Coulman Road. At the corresponding away fixture, despite a Thorne win, Old Grovians scored four tries of their own, thus Thorne’s defense would need to be wary of the attacking threat posed by their opponents.

From kick off all the early pressure came from Thornensians pinning Old Grovians back on their line but despite forcing two scrums during these early skirmishes it was the away side who would score the first points of the match. Having provided stern defense in the opening moments, Grovians broke free and tested Thorne with a high cross field kick which the home defense lost in the bright sun. Smart follow up play from Grovians No13 saw him collect the ball first and score under the posts. An easy conversion suddenly saw the home team seven points behind.

With a proud home record now on the line Thorne came flying back with some deft handling and straight running through numerous phases which Grovians were powerless to halt as No6, Martin Moffatt went over for a try. A tough conversion from Konrad Hanson saw the teams level at 7-7. 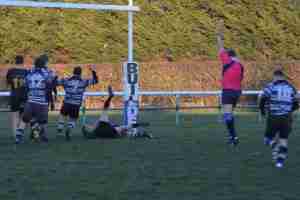 The Thorne pack, with their first scent of blood, were now flying into every breakdown picking up the ball and driving forward for Moffatt to go over for his second try of the match. This time Hanson’s conversion hit the post. Despite plenty of momentum, Thornensians were unable to add to the score before half-time leaving the score 12-7 going into the break.

The second half picked up where the first had left off with a constant barrage of attacks from Thorne’s forwards. This time it was Andy Evan’s turn to pummel his way over. Another missed conversion put the home team 17-7 in front. After a promising start the cracks were beginning to show in Old Grovians armour and a silly act of petulance from a penalty gave Thorne a further ten yards and all the momentum they needed with some slick passing before winger, Danny Gilbert, touched down. 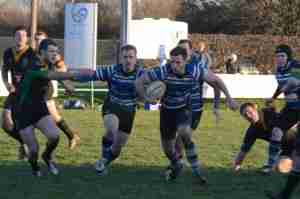 By this time, the Grovians resistance was completely broken and Thornensians showed no mercy with further tries from Ollie Cox, Marcus Stones ( following a great break from captain, Brett Hunt) and finally from a pushover scrum, Aaron Holt.

This was Holt’s first game back after a three week tour of New Zealand. Spending time in All Black country obviously had a positive effect on the No7 as he put in a superb man-of-the-match performance which his father, who watched proudly from the stands, put down to his new Maori tattoo (whereabouts unknown).

Final score, with conversions, 43-7 to Thornensians. Seven tries to one and a bonus point also in the bag. No doubt sterner tests lie ahead but on this evidence, and with more home games than away in the second half of the season, Thorne have a great chance of moving from their current league position (5th) to make a promotion challenge.

HAT TRICK
The 1st team’s emphatic win would be one part of a winning trilogy as on the same Saturday the Merit team won a hard fought match versus Adwick 13-11 whilst the Veterans kept up their winning streak with a 22-3 win at Sheffield Tigers.