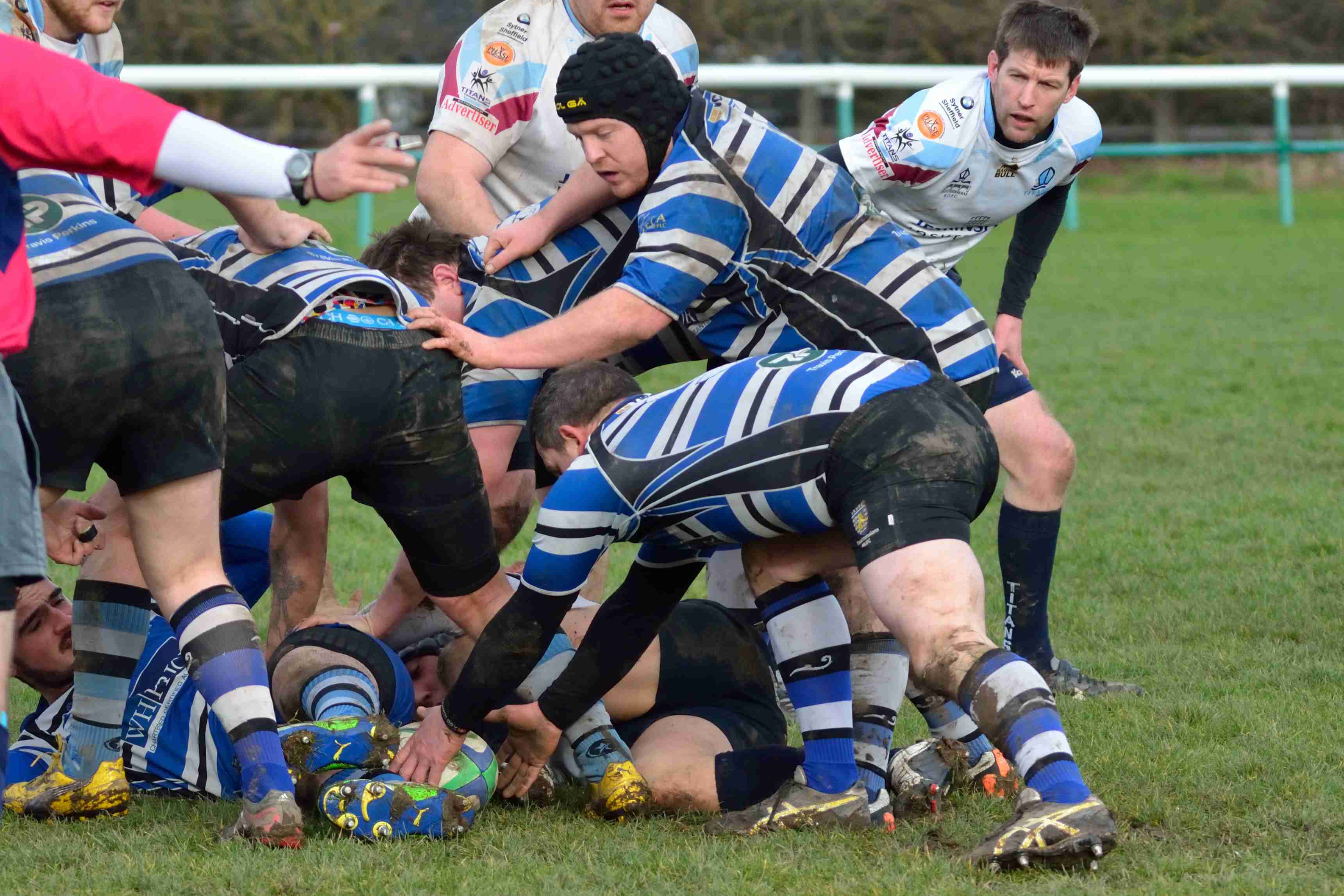 Among the great negatives of sport are the annoying cliches which are dreamt up and hammered into our sub-conscience. If anyone could be bothered to conduct a national poll of the top 10 most annoying it’s a fair bet ‘a game of two halves’ would be at, or near, the summit. However, in summarising this hard fought match between two equally matched teams, it’s entirely appropriate.

On this occasion, the ‘game of two halves’ cliche had as much to do with the elements as the performance of the teams. With a strong wind blowing from right to left both sides knew the conditions had to be played every inch as carefully as the opposition. Thornensians would emerge from this match with a vital win over the team immediately above them in the league.

Crucially, perhaps, Thornensians would kick-off with the wind behind them and immediately camped themselves deep in Phoenix territory. In a chaotic opening 10 minutes, with both teams fired up and flying into the breakdowns, Thorne were given 3 penalties all well within kicking range in normal conditions. However, each time the option to kick at goal was declined for line-outs (twice) and a scrum. On each occasion strong defence from Phoenix denied the home team any score.

On the sidelines there was an uneasy atmosphere amongst the home support – would Thorne rue these missed opportunities, clouding the players judgement and make them panic?

As has been said before, these are Thorne boys and made of strong stuff. Any concern the supporters may have had were soon quashed with a blistering display of attacking rugby from the home team which would see them emerge 21-0 ahead at the end of the first half. 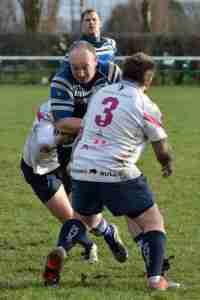 The first try saw brilliant work from the forwards at the ruck breakdown and great handling by a number of players saw No8, Ryan Pilley, pop up on the wing to score in the corner. Up stepped Konrad Hanson to slot over a phenomenal conversion from an impossible angle and with the wind howling. 7-0 to the home side.

Thorne were now beginning to turn the screw and were soon on the scoresheet again with captain, Brett Hunt, showing his blistering pace to sidestep the Phoenix full-back and touch down near the posts. Now the home team were bouncing off tackles and winning the physical battle. Confidence soared and after opting to go for a scrum from a penalty next to the posts, Ryan Pilley burst through the defensive line to score his second try. Both conversions taken by Hanson.

The start of the second half saw Phoenix, now with the wind behind them, trying hard to regain the initiative. But for all their effort it was Thorne who would score again with another great team try. No7 Aaron Hunt chipped ahead from a breakdown at half-way which Pilley took on. From the ruck the ball went smoothly through a series of hands for Greg Lindsdell to score.

At this point Thorne seemed to take their foot off the pedal and were pegged back in their own half by a resurgent Phoenix. A penalty kick was followed by strong forward momentum from the away team resulting in two tries neither of which were converted. Thornensians suddenly looked exhausted having put such terrific energy into their first half display. As Phoenix players began to dream of an incredible comeback right at the death, Thorne summoned up one last effort to seal the win.

With Phoenix threatening the line again, No5 Andy Evans made a crucial intercept and began to charge for the try line. As the Phoenix defence caught up with Evans he laid off a fine pass to Lee Lindsdell for the score. A missed conversion made no difference. Game over, a fine display and a solid win against dangerous opponents.

Andy Evans suffered a dislocated elbow following a tackle as he handed the ball to Lindsdell to score the final try. Early indications are that Andy will now miss the rest of the season. This is a real blow to Andy, whose performances this season have been exceptional. A throwback to the old-school rugby forwards, hard as rock, as evidenced walking from the pitch after his injury, his arm strapped to his body obviously in severe pain but still managing some banter with the crowd as he departed. Such action provokes memories of the famous Bill Shankly quote of the true hard men of sport – ‘they aren’t born, they’re quarried’.

Everyone at Thornensians and Thorne Times wishes him a speedy recovery. Best of luck, Andy.