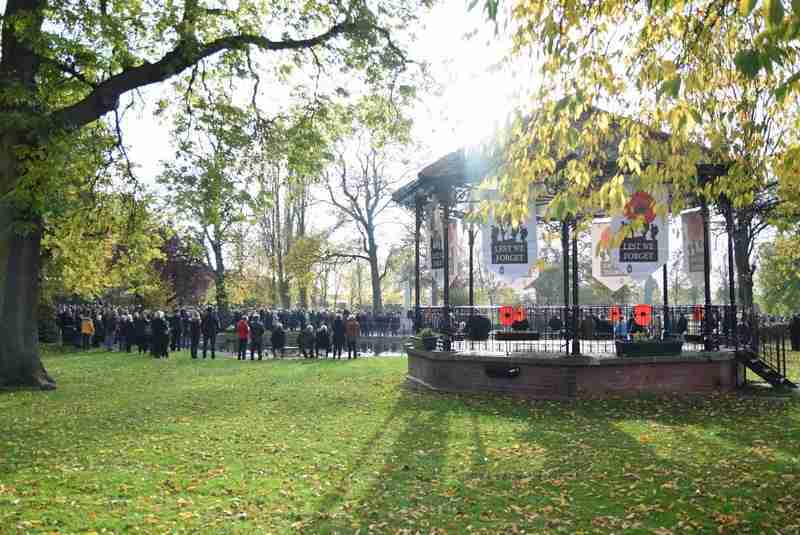 Town Comes Together To Remember Fallen

Thorne and Moorends came together today to pay their respects to the war fallen at a Remembrance Sunday service at Thorne Memorial Park.

On a sunny autumnal day, residents young and old came together at the Cenotaph in the memorial park to take part in a service honouring fallen service men and women.

The park had been decorated with the Royal British Legion’s red poppy insignia for the occasion.

Veterans and members of the local branch of the Royal British Legion were joined by a host of uniformed organisations, local dignitaries, schools and members of the public who all paid tribute to the men and women that have given their lives in service for their country.

The service in the park was led by Mr Bob Newton. A silence followed the last post before people laid wreaths at the Cenotaph.

Army, Sea and Air Cadets, emergency services, and Scouts, Cubs, Guides and Brownies then formed a parade which marched to St Nicholas Church on Stonegate. Members of the public joined the procession which was fronted by flag bearers and led by RBL Parade Marshal, Mr John Phillips.

Thorne Moorends Town Mayor Craig Ellis praised the turnout by residents and said he was “proud and honoured” to represent them.