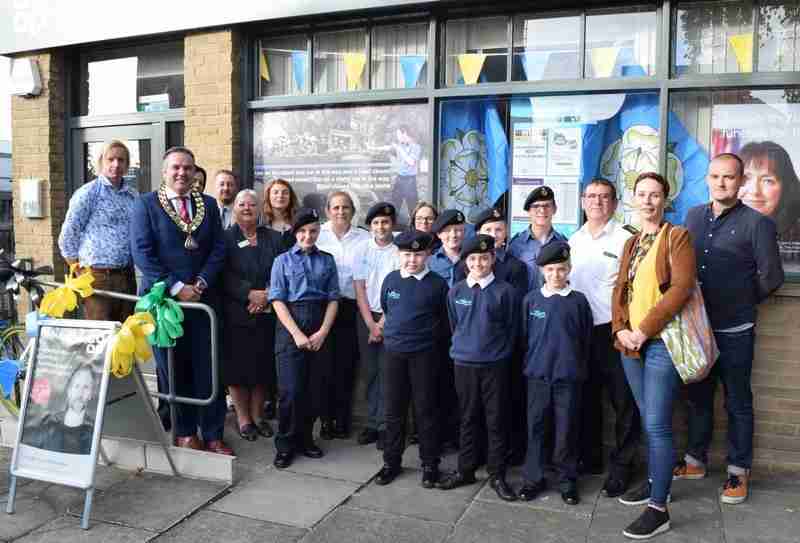 Tracing Thorne and Moorends: Photos From The Past And Present Create New Look

A photo montage arts project combining past and present images of Thorne is being displayed throughout Thorne Town Centre.

The project brought together a photographer and a poet who worked with Thorne Sea Cadets to create the artwork which gives an insight into the town’s heritage.

Eight images created by the sea cadets have been transferred to vinyls that are displayed in shop windows throughout Thorne Town Centre.

Phase one of the project, which has been funded by Right Up Our Street and Doncaster Council, was an inter-generational project mentored by photographer Jamie Bubb. Jamie joined up with Thorne Sea Cadets in collaborative workshops, introducing them to accessible photo editing apps available on everyday technologies such as smartphones and iPads.

The sea cadets were joined for one session by members of the Thorne and Moorends Business Forum who have also supported the project. 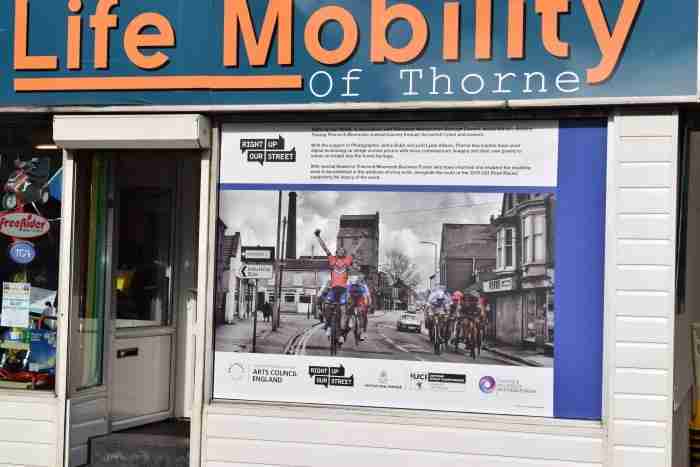 One of the vinyls on King Street

Phase two of the project included poetry workshops influenced by the images created from the first phase. The workshops were facilitated by poet Lydia Allison and the resulting artworks will feature in shop windows in Thorne.

Sally Lockey, project director of Right Up Our Street said: “We are thrilled with the results of the Tracing Thorne and Moorends project.

“The sea cadets had a fantastic time working with the artists to create these works and will now be very proud to see them in place in shop windows in Thorne.

“The works will remain in place as the UCI World Championships pass through Thorne on September 27 and will give a great visual display of the difference art can make to an area.

“We are pleased to have worked with Doncaster Council on this project and for their contribution which came from the community strand of the UCI World Championship fund.”